The countdown is on to the world’s most famous horse race the Grand National 2022 at Aintree.A field of 40 runners make the starting line to tackle 30 fences over four-and-a-half miles. Watched each year by more than 500 million people, the race is a huge sporting event. Last year, viewers saw Rachael Blackmore become the first woman to ride the winner on Minella Times. The real race was substituted by a virtual version in 2020, during the coronavirus pandemic – but the previous two years also had a notable result. Tiger Roll was the first horse since Red Rum in 1973-74 to win consecutive Grand Nationals. Although the Irish chaser will not be at Aintree this year, Minella Times is expected to try and match his achievements under his Gold Cup-winning rider.

Where is Grand National 2022

The 2022 Grand National will be the 174th annual running of the Grand National horse race. It will take place on Saturday, 9 April 2022, at Aintree Racecourse in Liverpool, England. The event will once again be sponsored by Randox Health

These are the top five horses in the betting with bookmakers at the time of writing.Grand National Betting Offers

Last year’s third has been well-backed for the race in recent weeks. Hampered in the early stages then, he has more weight this time. Trainer Ted Walsh is chasing his second Grand National win 22 years after Papillon took the Aintree showpiece.

Pipped Tiger Roll at the Cheltenham Festival, when he relished the different jumps. This is similar and he proved he stays further than three miles. That was on heavy ground so he will have to train on well to have a big chance.

Lost out by just a nose to Any Second Now in his warm-up, when appearing as though he would benefit from the run. Wore first-time blinkers on that occasion and the pair were well clear of the third Burrows Saint. A strong stayer and has class too.

Purchased by JP McManus and has improved plenty for the switch to Ciaran Murphy’s stable. Third in last season’s Irish National at a big price and like Minella Times, was placed in the Paddy Power Chase on his way here. Also had two outings over hurdles of late and shaped well in both.

Loves Aintree and thrives on the unique jumping test. Went through the Becher Chase in December with plenty of zest and is guaranteed a run now from a low weight. Would appreciate some rain the build-up. 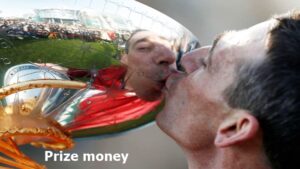 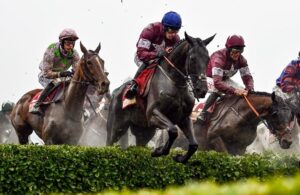 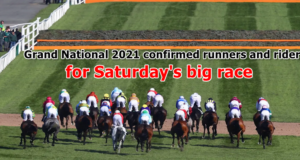 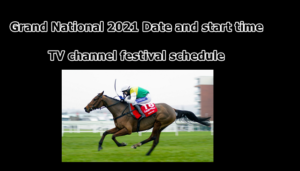